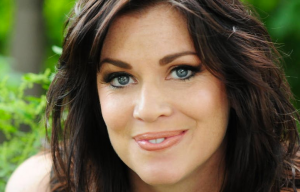 CONCERT: The Lisa Wenger Band LIVE at the HAC

Lisa Wenger has performed as a beloved staple of the Minneapolis/St. Paul music scene, delighting audiences with her sweet-yet gritty vocals and captivating mix of North Dakota roots paired with and affinity for the soulful sound of the Deep South.

The honest and soulful Lisa Wenger has also brought her funked-up, stripped-down, wall shakin’ blend of blues-based American roots music to audiences across the nation. Her appeal is broad enough to entertain a variety of crowds, and Wenger wins them all over, be it at the Sturgis Motorcycle Rally, the famous Surf Ballroom , the Bitter End in NYC, the Hard Rock in Vegas, or at BB Kings in Orlando on the blues circuit.

Born to musical parents, (the locals deemed her Father “Old Golden Throat” and her Mother sings in the church choir to this day) her early training came in the form of the “Grease” Soundtrack. But all things changed once Wenger studied classical, rock, jazz, and blues music.

Lisa and the Lisa Wenger Band have sealed their reputation as a crowd pleasing outfit. The set list can range from rocking blues classics including Koko Taylor, Bonnie Raitt and Lucinda Williams, to reworked rockabilly rave-ups, contemporary soul and New Orleans R & B.

Wenger has shared the stage with celebrities like Jim Belushi, Robert Cray, Leon Russel, and Pinetop Perkins, as well has recorded back-up vocals for many artists, including singer/ songwriter Bruce McCabe (Jonny Lang).

She enjoys performing for community events and festivals all over the world. She leads the way for other female singers with a variety of “Woman who Rock” and “Chick Singer Night” concerts.
​

Wenger’s self released albums include “Can’t Stop the Girl” (2008),“Publicly” Raw (2010), and “Simple As That” (2014). Wenger is in the studio recording her upcoming Christmas album and EP of her Original songs.

Free parking in lot across the street